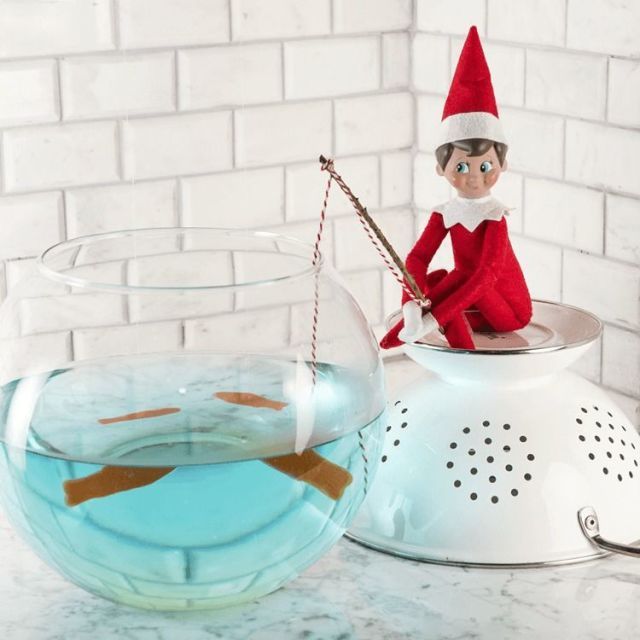 Elf on the Shelf ideas!

By Joanne FishmanNovember 23, 2021No Comments

With Thanksgiving right around the corner on Thursday, those of us with young children know what happens next – that daring and darling elf from The North Pole shows up! Are you familiar with how this cute little tradition started? Twenty years ago, a woman with young children wanted to find a way to connect to her mother, who was struggling with the idea of being an empty nester. What was once a home full of busy and noisy Christmases had turned into something much more still and quiet. So Chandra Bell set out to write a story with her mom. When Chandra was growing up, an elf would sometimes visit during the Christmas season. He would sit on the shelf and watch the children, and would report back to Santa each evening. As they wrote about their personal family tradition, they realized this tradition could mean a lot to other families around the world. Within 7 years, The Elf on the Shelf had gone from selling at small markets and craft fairs, to flying off the shelves at local Barnes and Nobles, Walmarts and Targets. 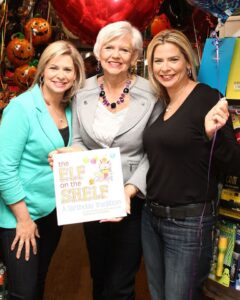 Over the years, the elves changed a bit. We now have elves with dark hair, some with light. Boy elves and girls elves. Elves with brown eyes, some with blue. The options are endless. In some homes, he or she is mischievous. In other homes, the elf simply moves around each night. Sometimes the elf gets into trouble. Other nights, the elf played the trickiest trick of all and stayed in exactly the same place! 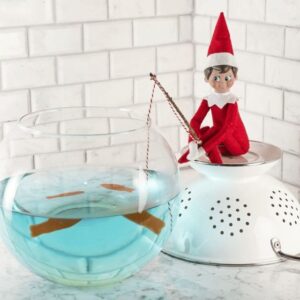 Regardless of whether your elf is naughty or nice, one truth is certain – it is so hard in the hustle and bustle of the Christmas season to think of ideas for your elf, especially if your head pops up in the middle of the night realizing you’ve forgotten to move him or her!

I’ve thought of a list of ideas that you can use if you’re in a pinch. Most involve items that you most likely already have at home, or simply placing your dear elf around the house in creative places. Fair warning, some of my ideas are a little mischievous, while others are plain and simple. Regardless, hopefully this will add some cheer and fun to your holiday season! 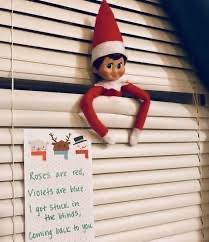 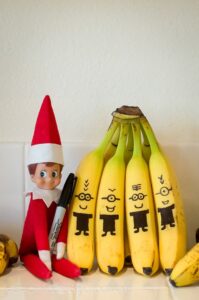 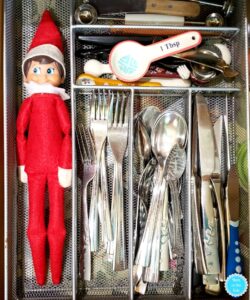 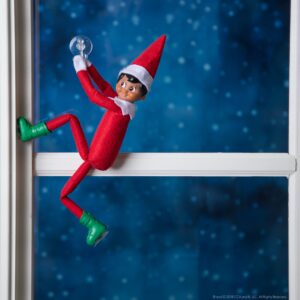 I hope you can use some of these ideas as you work your way through the month of December!