Where to Send Letters to Santa

By Joanne FishmanNovember 23, 2018No Comments

Macy’s Letters to Santa in its 9th year of Macy’s Believe project benefiting Make-A-Wish® Foundation. Based on The New York Sun’s famous “Yes, Virginia, there is a Santa Claus” editorial invites believers of all ages to get involved.

The eighth annual National Believe Day will take place on Friday, December 9. A day dedicated to celebrating wish kids around the country, Macy’s and Make-A-Wish will continue the tradition of “Wishes Across America,” and fans of the “Yes, Virginia” animated film can view the beloved holiday program online at youtube.com/macys. The award-winning, half-hour holiday special features former wish child Taylor Hay, who had her wish granted when her voice was captured for one of the film’s characters, alongside an all-star cast including Neil Patrick Harris, Jennifer Love Hewitt, Alfred Molina and Beatrice Miller in the title role.

Drop off letters to Santa at any Macy’s store by depositing them in special designated Santa Mail Letterboxes.

Nearly 120 years ago, 8-year-old Virginia O’Hanlon wrote a letter to the New York Sun newspaper, asking if there really was a Santa Claus. Editor Francis P. Church penned the heartwarming response that famously began, “Yes, Virginia, there is a Santa Claus. He exists as certainly as love and generosity and devotion exist …” which became one of the most celebrated newspaper editorials in history. Inspired by the true story of Virginia, the Believe campaign encourages acts of kindness and goodwill during the holidays, celebrating the season of giving through the time-honored tradition of letter writing.

Along with writing letters to Santa, customers can give back to Make-A-Wish by purchasing gifts that give back, including the  “Yes, Virginia” illustrated storybook and animated special DVD, available at Macy’s stores and on macys.com. Ten percent of the purchase price of each book and DVD sold at Macy’s will be donated to Make-A-Wish from now through December 31.

PLUS, let’s remember what matters most this holiday season … the children. 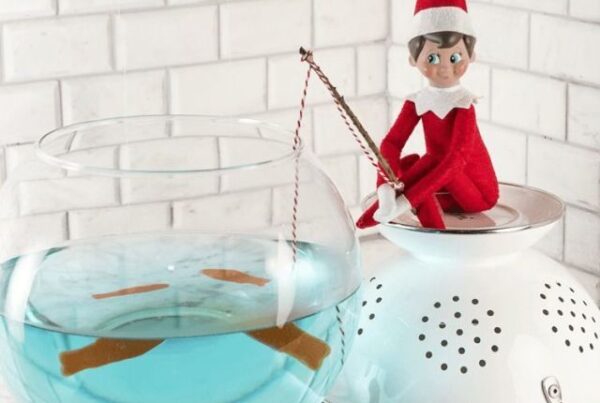 Elf on the Shelf ideas!