An event every week that begins at 6:00 pm on Thursday, repeating until September 29, 2022 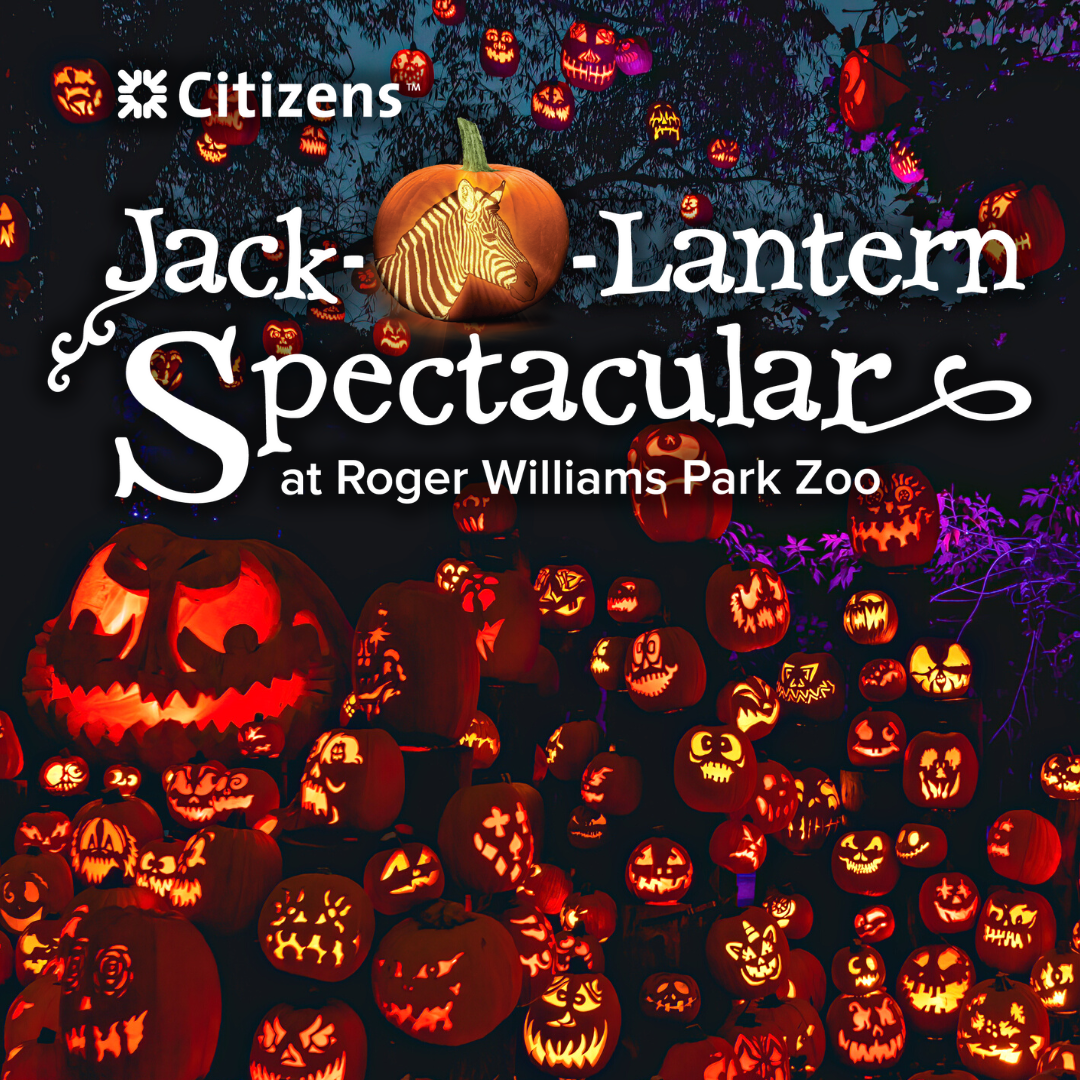 October is always an exciting month at the Roger Williams Park Zoo, with the return of the Jack-O-Lantern Spectacular, nightly from September 29 – October 31.
Celebrating 75 years of television, guests will share in the nostalgia of their favorite tv shows, artistically carved on thousands of pumpkins. From Mr. Ed to The Walking Dead, this year’s Spectacular has something for everyone. Visitors will have a “yabba-dabba-do time” while “taking a break from all their troubles,” as the show’s musical theme songs accompany the experience.

All tickets must be purchased online in advance. Jack-O-Lantern Spectacular is open rain or shine. In the case of light to moderate rain, the show will be open. NO REFUNDS OR RESCHEDULING.