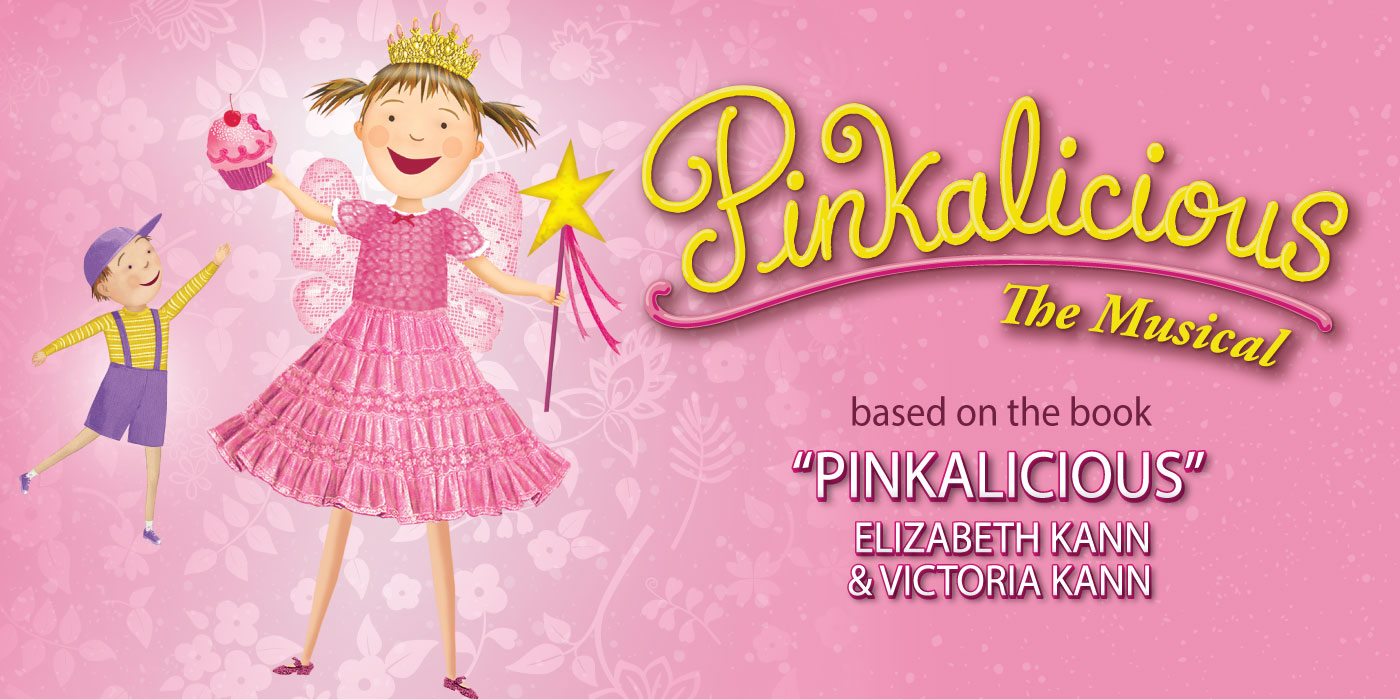 This 50-minute musical is based on the best-selling children’s book “Pinkalicious” by Elizabeth Kann and Victoria Kann.
In Pinkalicious The Musical, Pinkalicious can’t stop eating pink cupcakes despite warnings from her parents. Her pink indulgence lands her at the doctor’s office with Pinkititis, an affliction that turns her pink from head to toe – a dream come true for this pink loving enthusiast. But when her hue goes too far, only Pinkalicious can figure out a way to get out of this predicament.
Elizabeth Kann & Victoria Kann, co-authors of the New York Times best-selling children’s picture books “Pinkalicious” (HarperCollins, 2006) and “Purplicious” (HarperCollins, 2007), which Victoria also illustrated, are sisters who grew up in Brooklyn. Victoria’s award-winning artwork has graced the covers and pages of magazines, newspapers and books. She is also the author-artist of four #1 New York Times bestselling books, “Aqualicious,” “Emeraldalicious,” “Silverlicious,” and “Goldilicious.” In May, 2017, she released her newest book, “Peterrific,” in which Pinkalicious’s brother, Peter, decides to build a tower that will reach the moon.
Purchase Tickets Here – https://shubert.com/shows-events/pinkalicious-the-musical?fbclid=IwAR1rUj1ik5HnuZLNlt-FzNomEakzc9aLN1vmiwXHNaQpS8HIvIPQwH4LQR8