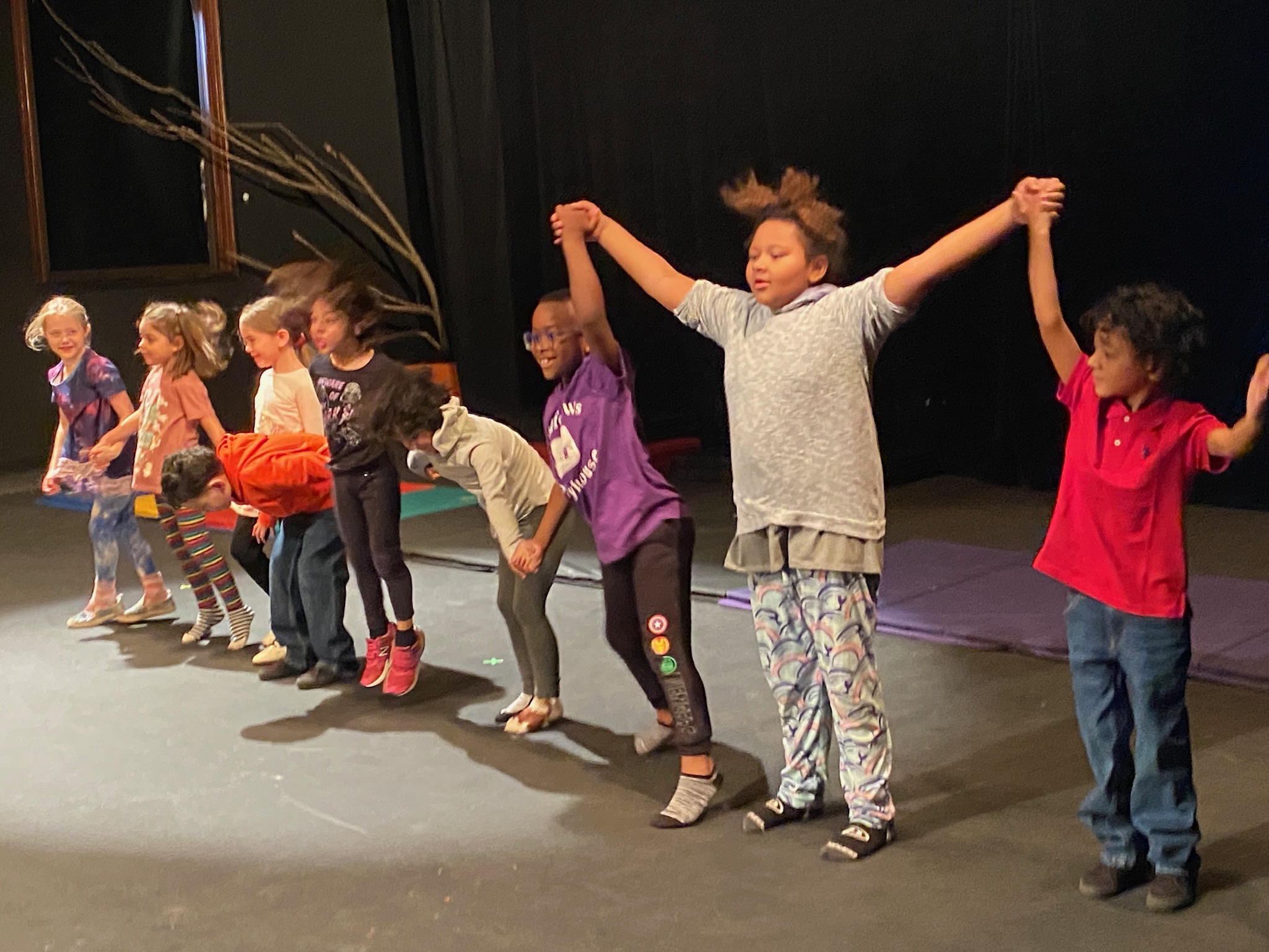 Oddfellows Playhouse Youth Theater in Middletown has announced its schedule of classes and plays for winter 2023. Programs start as soon as January 5 and serve young people ages 3 – 20.

Writers, activists and curious souls ages 11 -16 may join Phase One of “The Middletown Underground Railroad Project” with theater artist and playwright Jacqueline Brown. To celebrate the 200th anniversary of Cross Street AME Zion Church, we will be creating a new performance event exploring the founding of the church, the Beman family, the abolitionist movement and the underground railroad in 19th century Middletown. Phase One will be “research and creation”, as Jacque works with a group of students to explore the history and translate these 19th century events into a performance piece to be staged in May. It will include off-site visits to Russell Library, Middlesex County Historical Society and other Middletown locations. This meets Mondays, 4:30 – 6:30 pm, January 23, 30; February 6, 13, 27.

Students ages 12 -14, the Junior Repertory Company, will be presenting a mainstage production of “The Lion, the Witch and the Wardrobe” this winter. Auditions were held in December, rehearsals begin January 9, and performances will be March 16 – 18. Students who missed auditions but are interested in getting involved should call (860) 347-6143 as soon as possible.

All after-school classes offer the “Oddbridge”Extended Day option for Middletown Public School students. Through Oddbridge students can catch a bus directly from school to Oddfellows, where they receive a snack and engage in supervised creative activities until classes start. There is a nominal additional fee for the Oddbridge add-on.

Saturday classes are geared toward younger children and start January 7, all under the leadership of Children’s Circus of Middletown Teeny Tiny Troupe Director Meg Berritta. “Circrobatics” for ages 3 – 5 meets 9:30 – 10:15 am; “Mixed Up Fairy Tales”, also for 3 – 5, meets 10:30 – 11:15 am, and “Circrobatics” for ages 6 – 8 meets 11:30 am – 12:30 pm. Circrobatics is an original hybrid art form combining circus, acrobatics, creative movement and games. The 8-week winter session runs January 7 – February 25.

All classes are tuition based, but financial aid is available for all programs and it is Playhouse policy that no one is ever turned away for lack of funds. Oddfellows Playhouse is located at 128 Washington Street in Middletown.

For more info, and to register, go to www.oddfellows.org, email info@oddfellows.org, or call (860) 347-6143. Oddfellows Playhouse is a non-profit youth theater, founded in 1975, with a commitment to artistic excellence, inclusivity and social justice. Everyone is welcome here.